As seen by the image of polar-orbiting meteorological satellite FY-3D in Figure 1 at 11:15 UTC on 13 March, the IDAI is a helical symmetric organization with a dense eyewall. The inner core is covered with low cloud. The feather like cirrus clouds are obviously formed surrounding the spiral shape cloud. The cloud system of the tropical cyclone IDAI impacted on the western Madagascar, eastern Mozambique and near maritime area. At 0:00 UTC on 14 March, the enhanced infrared image from the stationary-orbiting meteorological satellite FY-2H (Figure 2) shows that the spiral bands around IDAI develop actively with higher cloud top height.

The tropical cyclone IDA is forecast to move southwestward with a speed of 10 km/hour and an enhancing intensity. 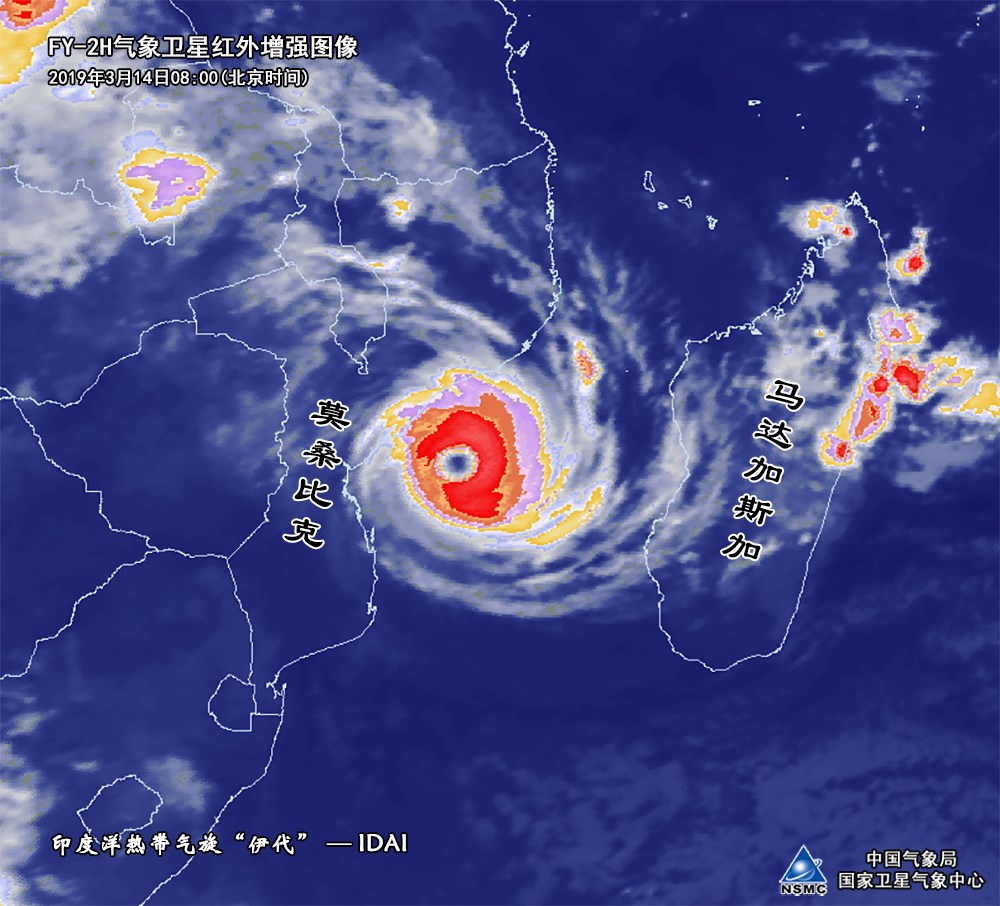 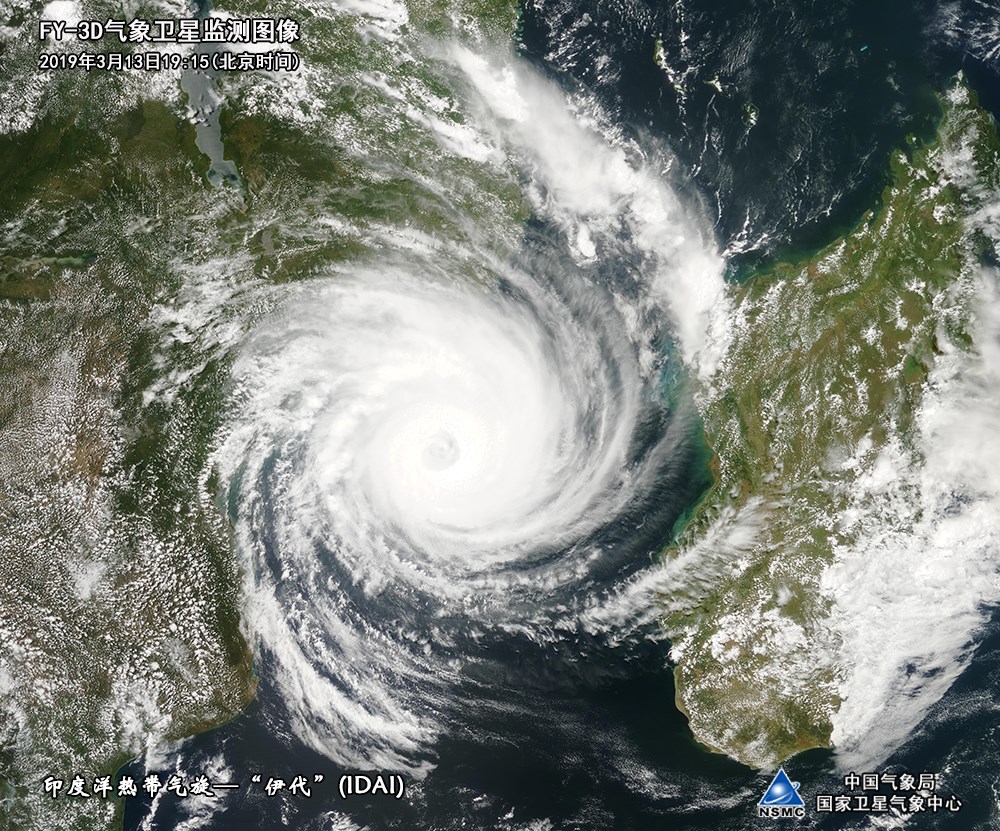