An explosive eruption began atSemeru volcano in East Java Island Indonesia, which is observed by satellite images at 8:00 (UTC) on December 4, 2021 (Fig. 2). The volcanic ash is gray white, mainly composed of water vapor and light mineral particles. It is estimated that the highest altitude of volcanic ash cloud is 7~10 km, which gradually spread southward at speed of about 80kilometers per hour (Fig. 3). As of December 7, a few eruptions can still be observed in the crater by the  satellite, and the height and influence range of volcanic ash cloud were significantly weaker than that on December 4 (Fig. 4). (Source: NSMC) 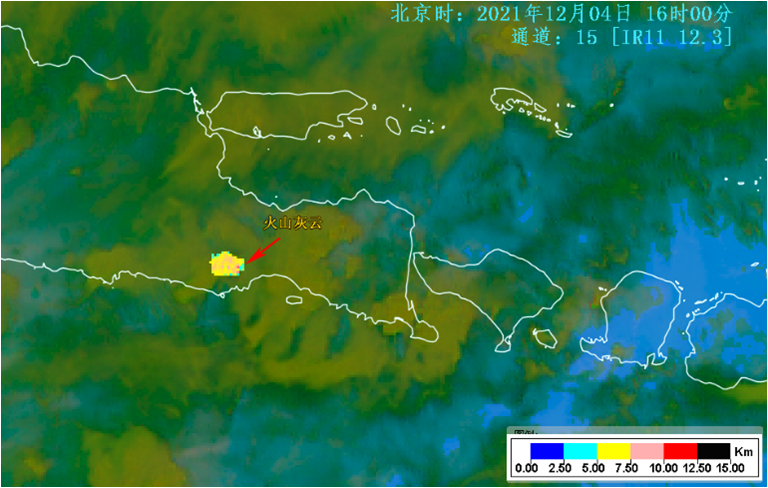 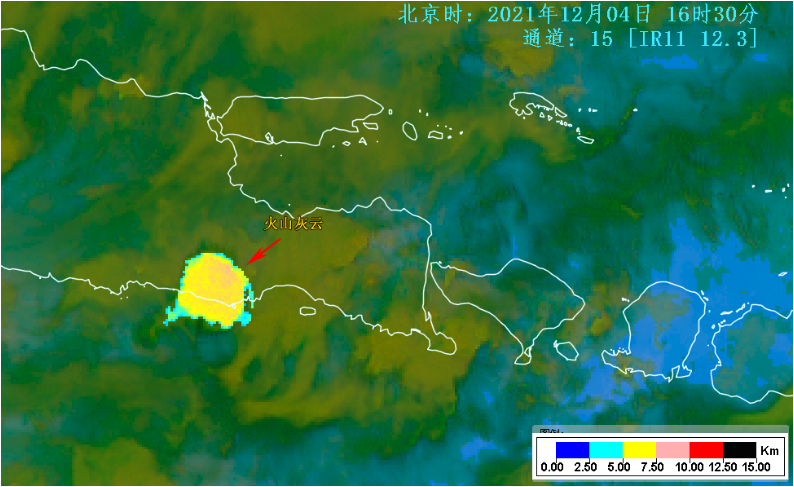