Typhoon HAGIBIS (1919) was formed on the northwestern Pacific Ocean at 18UTC of October 6, 2019. It was strengthened into Typhoon on the morning of the 7th and Super typhoon in the afternoon. The maximum wind is about 17 Beaufort scales (65 m/s) and a minimum central pressure of 910hPa.

“HAGIBIS” will turn to NNE/NE and move to the southeast coast of Japan. According to the GRAPES_WW3 wave model products (below), there will be 6~10m significant wave height over the southern seas of Japan, and the wave height in some sea areas can reach 12~14m. 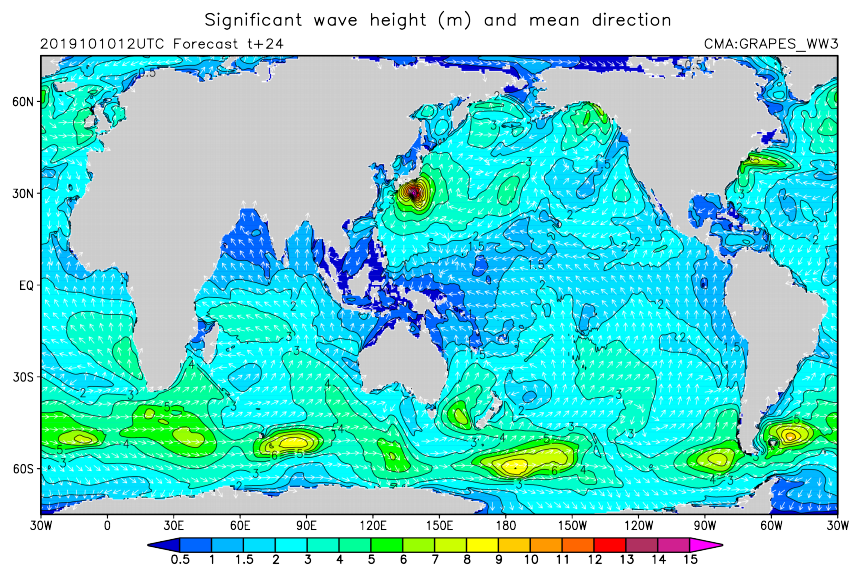 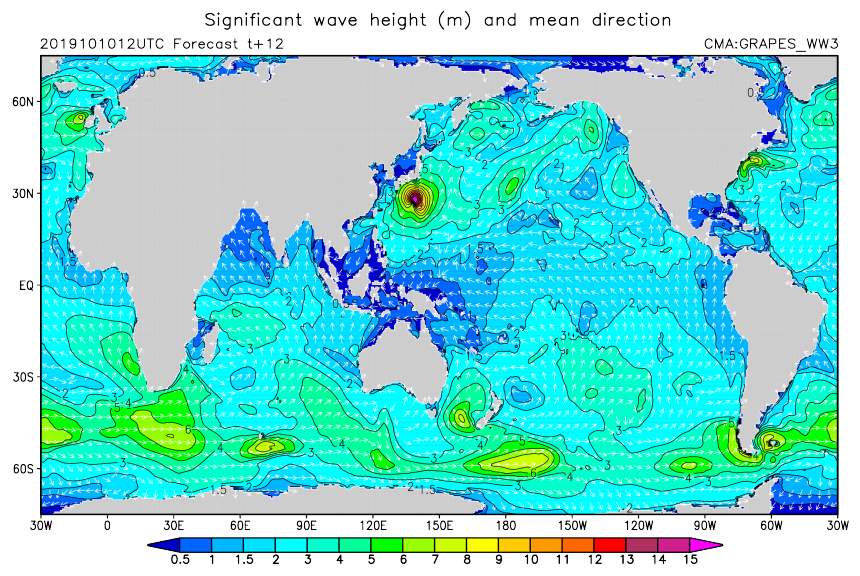