Moderate-to-heavy snow, local blizzard or heavy snow occurred in the mid-west of Canada and mid-east of the US; more than 70% of the U.S. area was covered by snow, which was the largest snow cover area since 2003, and the snow depth in some areas exceeded 50 cm with local area reaches about 2 meters. 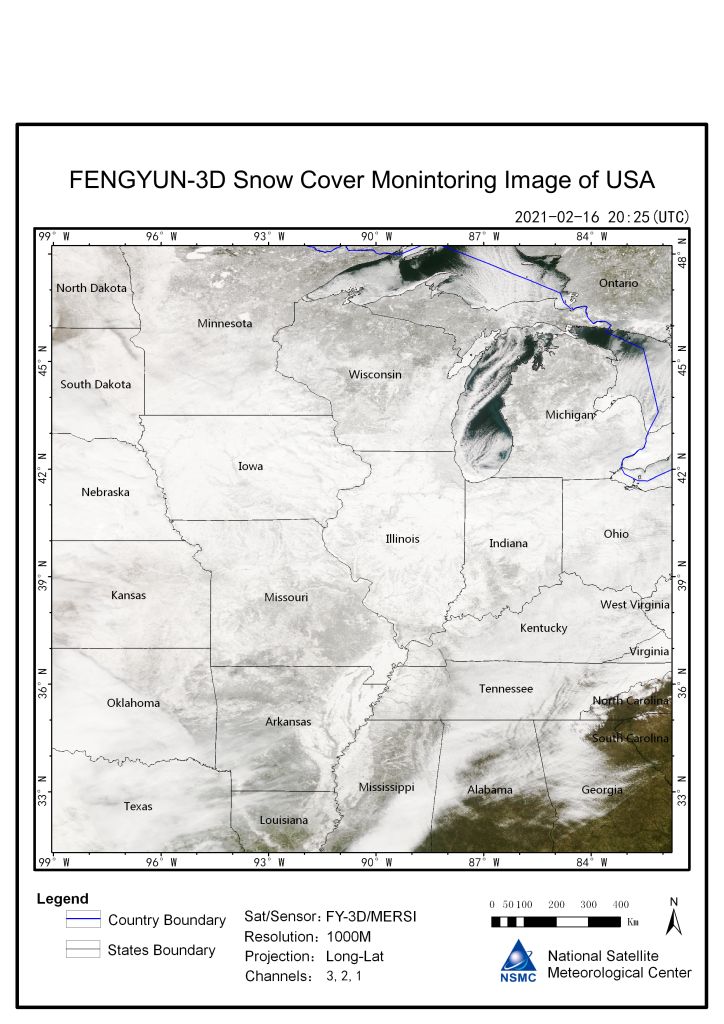 It is expected that in the next 10 days, cold air in North America will continue to be active, but the strength will be weakened, and the temperature will slowly increase. The average temperature in midwestern Canada and the western U.S. will be 1 to 3℃ lower than normal. There will be light to moderate snow or sleet in western Canada, northern and eastern U.S., and heavy snow in some areas.  （Editor: Xiang Xin/Huang Wei/Wang Yi）