FY-3D meteorological satellite monitoring images (August 7,10:55 UTC) showed that many fires appeared in central Greece region, Attica Region, Peloponnese Region and other places in central and eastern Greece (shown by arrow in Figure 1), Among them, the largest fire point is located in the central Greece region, the central longitude and latitude is 23.26゜E, 38.92゜N, open fire affected an area of about 15 hectares. In addition,a number of fires were detected in Mugla province in southwestern Turkey, the largest of which was located at 28.46゜E, and 37.32゜N, the open fire affected an area of about 1 hectare.

Simultaneous true-color composite overlay monitoring of the locations of the fires showed a large plume of smoke over Greece and Turkey, which is blown by the wind into the Mediterranean Sea (Figure 1). 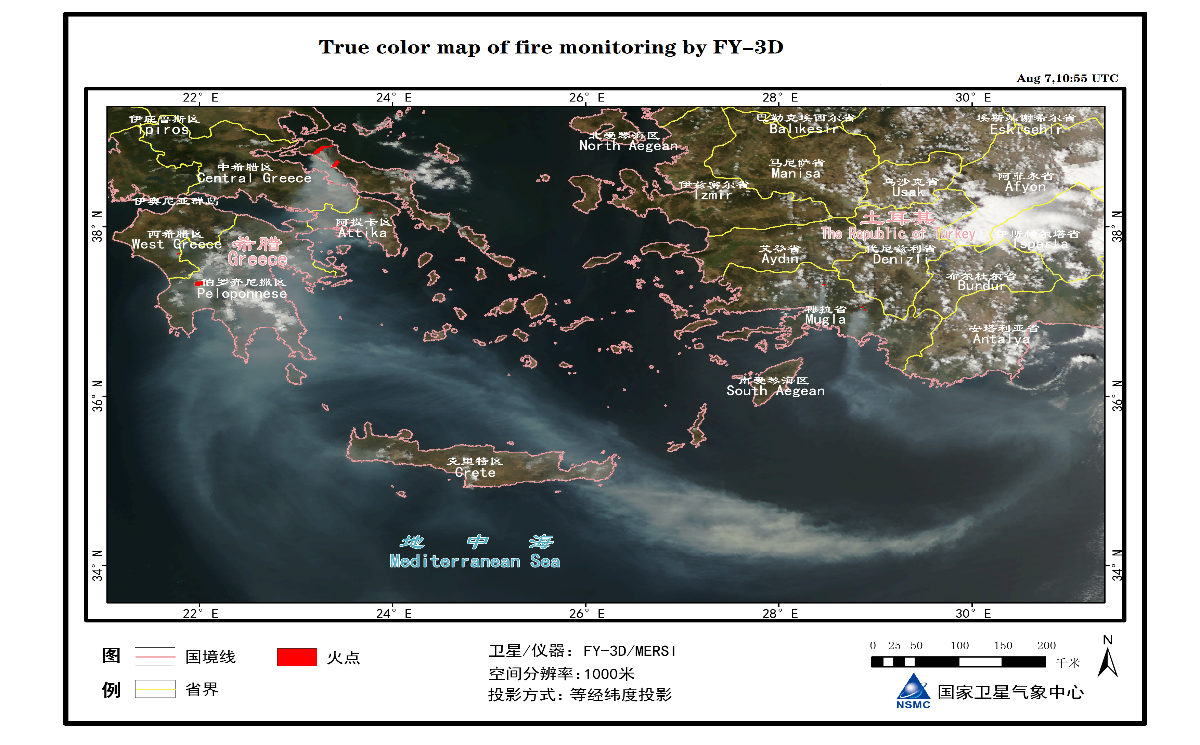