The below figures show the 2-meter maximum daily temperature greater than 35°C on 25 July 2019 (left) and on 24 July 2019 (right). The figures are generated using the Global Weather Monitoring Prediction and Services System (GOPASS). 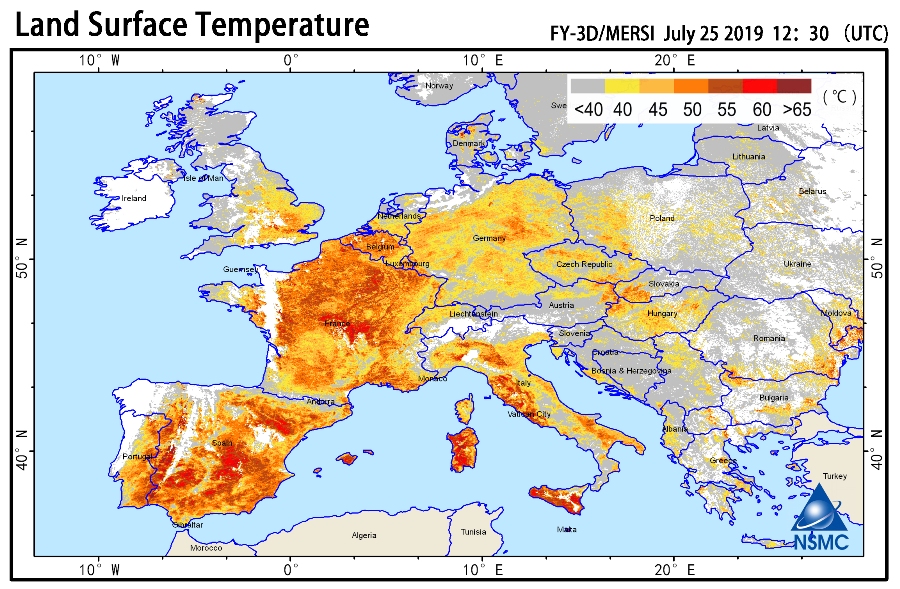 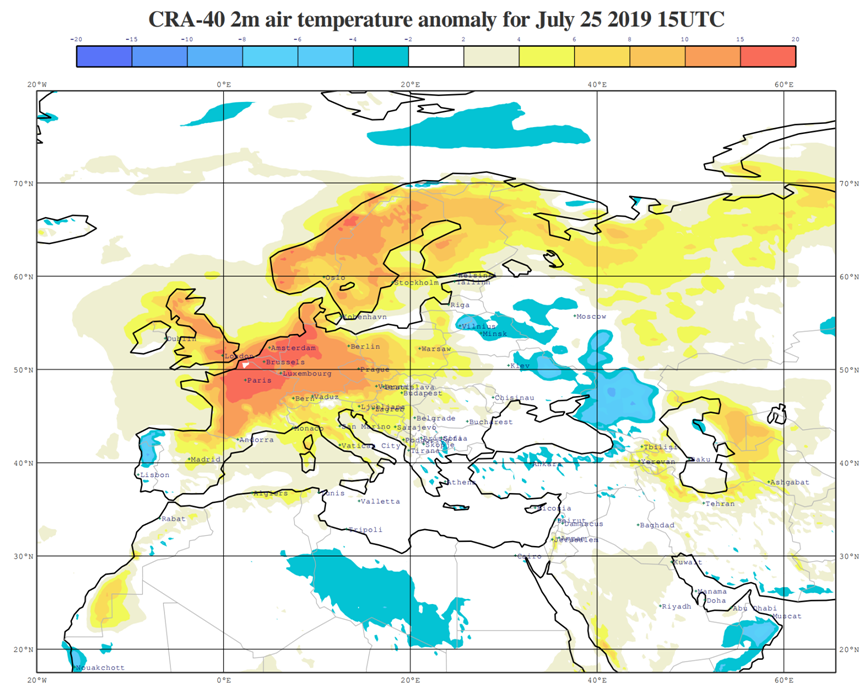 This extreme heatwave is caused by strong upper ridge. It is expected that the heatwave will be over after 27 July due to the moving upper trough from the Atlantic.